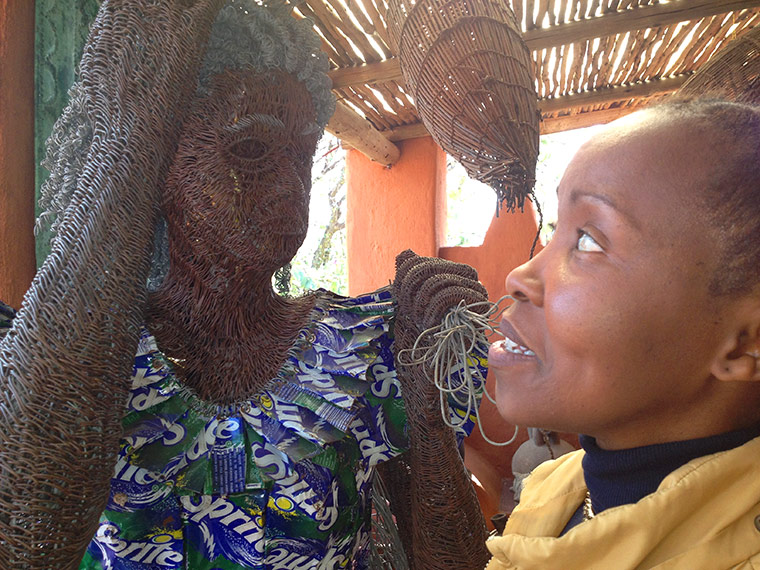 I started my first blog in July of 2006, and it was fun: it gave me a chance to natter on about the things that interested me and that I might write about someday (or was writing about in some other venue). I named it Book of Marvels, after a favorite book from my childhood --Richard Halliburton’s Book of Marvels, which made me yearn for the world beyond California.

I can’t now recall why I stopped blogging. Perhaps the technical challenges of uploading posts and photos while traveling.

I planned to start a new blog a few years ago and thought it would be particularly useful during my travels to gather material for The Soil Will Save Us – a chance to write about things that wouldn’t make it into the book but still intrigued me. I would have written about my adventures with Thuli Khumalo.

I had flown to South Africa to visit Allan Savory’s Centre for Holistic Management in Zimbabwe—all that’s in the book –but I also had a lively three days in Johannesburg. The woman who picked me up at the airport – she was from a car service but was also a guide -- told me she’d take me to Soweto if I wanted, but never, never at night. (It’s probably germane and perhaps obvious that she was white.)

Anyway, my travel writer friend Judi Fein had given me Thuli’s name and email. We met and had a madcap few days together – driving around Johannesburg, looking at art (I wish I had been able to drag that sculpture home!), trying on clothes, and yes, going to Soweto. Thuli’s way of introducing me to her beloved city was to knock on the doors of the people who live there and sit me down in their kitchens so they could tell their stories. She parked the car and we walked the streets, finally wandering through a big open-air market. Of course, she took me to some of the same sights the other guides frequented, but it was her own history there that made the past vivid.

Then we met one of her friends for dinner. By the time we left the restaurant, it was late at night. Her borrowed car broke down near some famous Mandela spot, so we were actually out there on the streets in dark Soweto for quite a while as she and her friend figured out how to get it going again. Thuli was mortified – here was her new American pal, grounded by one of the indignities of her ordinary life – but I think the best moments often come when the plans go awry and you find yourself chopping along in someone else’s boat. I don’t think much of “never never.”

All
Archeology and History
Art
Press
Science and Health
Travel